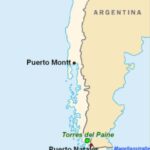 An 8-day safari to the famous Etosha National Park in Northern Namibia. The “Etosha Pan” is primarily known for its rich fauna, especially the ability to observe large African game (elephants, giraffes, lions, rhinos, wildbeasts, oryx and kudu etc.).
The itinerary, more details and pictures for this extension tour are available in “You may also like” section below.

Afternoon: Flight along the Andes chain from the 33rd to the 55th parallel south. Transfer from Punta Arenas on the Strait of Magellan to Puerto Natales on the Argentine border.
3 * hotel in Puerto Natales, 1 night / breakfast

Drive from Puerto Natales to the southern border of the Torres del Paine National Park. On the way visit the impressive Ice Age Milodon Cave.
3 * hotel in the National Park, 3 nights / breakfast

Day 20: Punta Arenas – Santiago Airport
Flight from Punta Arenas to Santiago in the morning and in the evening onward flight from Santiago via Madrid to Germany.
Day 21: Arrival in Frankfurt
Via Madrid or Sao Paulo arrival in Germany / Frankfurt Main approx. 6:00 p.m. 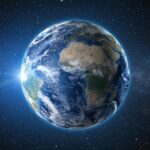 ✓ Flights Santiago-Puenta Arenas-Santiago
✓ Accommodation for 6 nights with breakfast
✓ All excursions, observation and sightseeing programs unless marked as “optional”,
✓ All trips within Chile
✓ Local tour guides

Since Chile is on the other half of the globe, the seasons are exactly opposite to those in Europe. Its climatic zones are extremely different due to the significant longitudinal extent. The deserts in the north have no significant rainfall, the Humboldt Current cools the coast and gives it spring-like temperatures all year round. In the Atacama Desert, the temperature differences between day and night are greater than the seasonal. The central zone has a Mediterranean climate: hot summers and rainy cool winters. Towards the south, temperatures decrease, and rainfall increases. Exceptions are the Magellanic and Tierra del Fuego cold steppes, where the climate is dry.
Although tourism is usually concentrated in the summer months of December to February in all parts of the country. Chile falls in the category of all year-round touring countries. If you want to get to know the Chilean winter in the deep south in July, you should inquire beforehand about the opening times of the hotels. The ski centres in the central zone and the Little South are then open. All destinations in Chile are also suitable for a visit in the spring and autumn months.

(The specified list is not intended to be exhaustive. More details will be shared about 4 weeks before the tour)

● We reserve the right to change the schedule of excursions, sightseeing and observation programmes – even at short notice due to natural events such as volcanic activity.
● The tour can be cancelled by the tour operator, if the minimum number of participants is not met. In this case, Wittmann Travel e.K. can withdraw from the contract 28 days before the start of the journey. As a rule, however, we inform all participants earlier.

●  20% of the tour price (billing amount) has to be paid at the time of confirmation.
●  Balance payment is to be made 28 days prior to departure.

Travel documents:
For EU nationals, a passport that is valid for six months after the start of the journey is sufficient as an entry document. You will receive a tarjeta de turismo (tourist card, valid for 90 days) on the plane, which will remain in your passport and must be returned when you leave the country.

ANY FURTHER question(S): E-mail US or call uS